Battlefield 2042 dawns the era of ultimate sandbox gaming supremacy, with its remarkable multiplayer design and unforgiving gameplay. How would this new addition mark the return to the phenomenal All-out warfare of Battlefield? Let’s find out!

Continuation of a Brilliant Plot

Battlefield’s developers have teased the all-new 2042 version to be one of exceptional narrativization. The new game will provide juicy twists and turns to the Battlefield universe, where each player will contribute plot-wise to the world-building and the story. You are required to dive in, explore, and connect the dots to understanding this lively and exciting world.

The Narrative As Yet

Battlefield, in its very essence, is a world tangled in mayhem. There’s a lot happening; climate changes, famine, and a rising conflict between the US and Russia that is on the brink of escalating into war. There is nowhere one can belong to; nowhere one can safely cling to. In such a nationless world, people all around the world have come together to plunge into this chaotic and merciless world in the hope of survival. These people, known as Non-Patriated or No-Pats, are the sole saviors of an already deteriorated world.
Players will be playing as No-Pat soldiers, also known as specialists. What makes specialists special is their unique abilities and traits. The signature trait of each soldier will be their saving grace.

Doha is overwhelmed with peril. The weather and living conditions have become extreme, and the citizens are given countless warnings as the sandstorms are brewing. Their lives are hanging by a thread, because danger and uncertainty looms everywhere. Doha, AKA Hourglass, is a world full of organizations and companies, each with a story and purpose behind them. The game is top-notch in its use of elements, where you will be provided with thrilling bits of information and clues from both America’s and Russia’s points of view.
Unravel the mysteries of a chaotic yet immersive world where everything is interconnected in the most fascinating way possible. The brain-bashing mission is probably one of the most challenging tasks you will ever undertake. 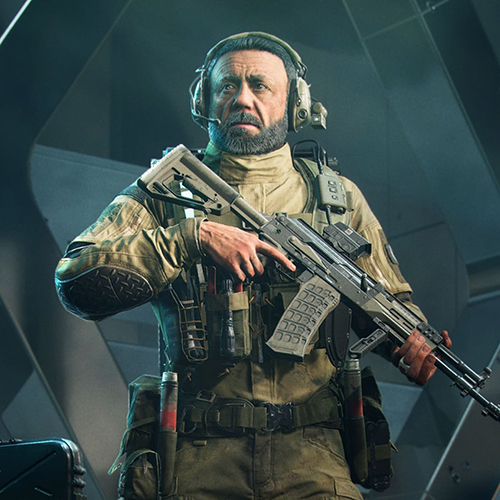 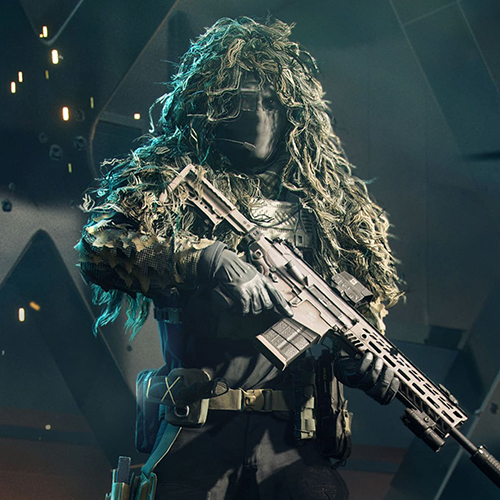 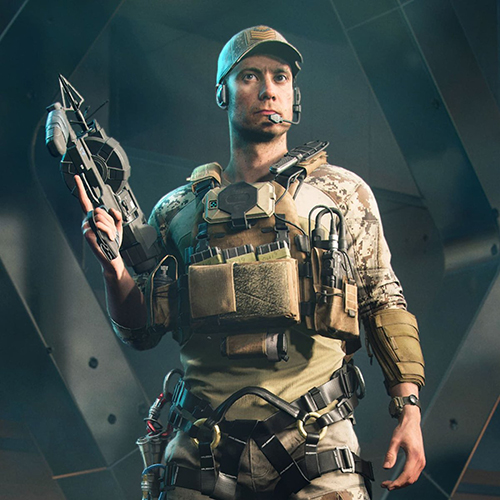 If you remember Kimble “Irish” Graves from Battlefield 4, prepare to meet him again as a leader of No-Pats. Apart from an instinctive drive to make straightforward decisions, his special strength is the Fortification System that enables him to place the DCS Deployable Cover and APS-36 Shootdown Sentinel into Hourglass.
As he is a veteran, spawning after death will be easier, as the body armor will stay intact and reloadable. In addition, as a pre-order benefit, he will come with his iconic Battle Hardened skin.

Battlefield is all about futuristic gameplay with a solid storyline that reflects reality. The world is in crisis, but this is not new, is it? That is why we say Battlefield 2042 is not just an ordinary game, but a masterpiece that accurately represents the greatest risks, fears and preoccupations of human beings. The atmosphere, the environment and the events that unfold keep changing constantly, taking twists and turns that are drastically approaching at the most unexpected times.
The characters of the game are not driven by a shared unsubstantial drive to kill people. Instead, they have depth, opinions, and instincts that are essentially different from each other. The No-Pat Task Force is where these varying personalities and visions unite. There is just something so liberating and influential about bringing differing opinions together and figuring out which decisions to make as a collective. That’s the power of Battlefield 2042; you always strive as a team to push through an earth-shattering adventure.

Truth is a Lie

Russia and the US are rivals, but you never know who discloses true information. You will have a hard time figuring out who to side with, but let me tell you one thing; neither is going to be completely honest. Their propaganda is in their favor, and they will try and cover hideous truths just to get you on their side.

This, we believe, is horrendously close to our lived reality. Everyone is conflicted, as the flow of information is controlled by those above them. Being able to experience this in a game, to be frank, is astoundingly eye-opening. The allegorical world of Battlefield 2042 mirrors the catastrophic events of real military conflicts.

Everything in Hourglass is planned and detailed to the last bit. The city is on the brink of destruction, but it still throbs with life. There are billboards for concerts and soccer games that had to be cancelled due to the crisis. A small road sign could lead you to uncover an untold story about the city.

Complicated characterization is possibly one of the greatest strengths of the game. The characters are cautiously and flawlessly woven into the existing narrative, and carefully positioned with the existing characters. Here, the developers have done a magnificent job in placing characters with different characteristics and personalities together without making it seem awkward.
Hourglass showcases diversity at its best. People belong to different races and cultures; they are powerful, strong, flawed, and humane in the rawest way possible. Some are driven by aggression, and some by companionship. The blend of multiple characters is not just about teamwork and rivalry, but also about being compatible despite the differences. What makes Battlefield 2042 one of the greatest additions to the Battlefield franchise is that it does not rely on racist and sexist stereotypes. Every character is unique, bold and not afraid to be their true self.

Rest assured, Battlefield 2042 is not just another version of the game with a couple twitches here and there. It is an all-new world with exciting characters. Even with all its new glory, the nostalgia of the legendary gameplay of Battlefield will still be preserved.
You’ve got bones to pick, foes to slay and battles to win.